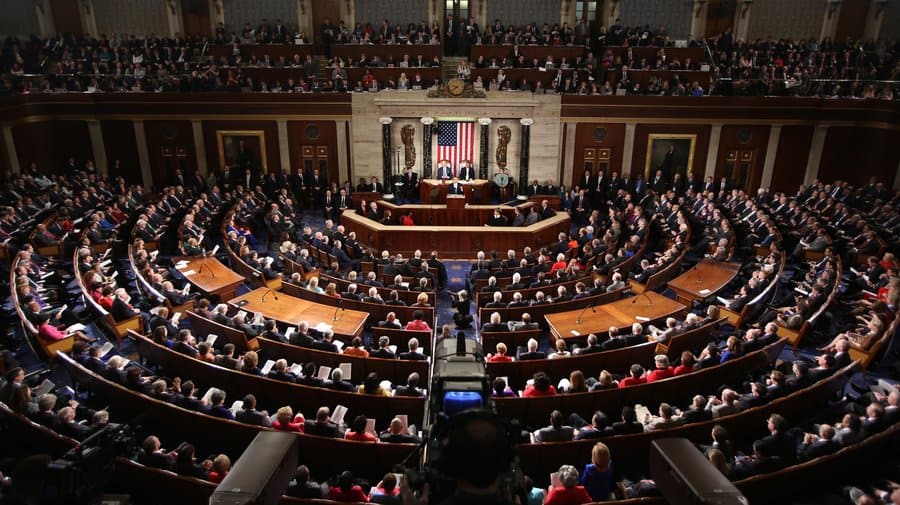 29 Jan The State of The Union Address: Fun Facts

The State of the Union speech takes place tomorrow, January 30. It will be Donald Trump’s first as President.

The State of The Union tradition began on January 8, 1970, by President George Washington. It was intended as a way for the President to deliver a yearly message to Congress.

The first SOTU was delivered in the Senate Chamber of Federal Hall in New York City, which was the temporary seat of government.

When Thomas Jefferson became President, he elected to deliver the State of the Union in writing. This tradition lasted for over 100 years until Woodrow Wilson began orating them again in 1913, in Washington.

Franklin Delano Roosevelt was the first President to actually call the speech the “State of the Union.”

It began being televised in 1947 for Harry Truman and streamed online in 2002 under George W. Bush.

The first “SOTU” was under 10 minutes. Tomorrow’s should be close to or possibly over an hour.

(Thanks to CNN Online for their help compiling this article)