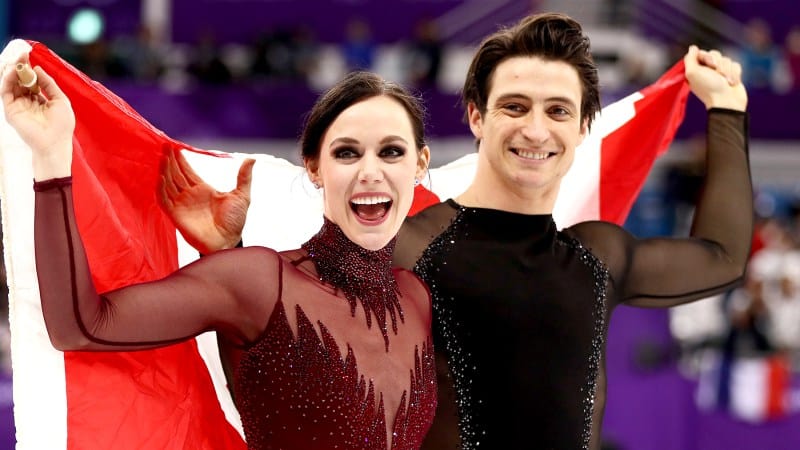 Tessa Virtue and Scott Moir are considered the most successful Canadian ice dance team in history, being the first North Americans to win the Olympic Gold Medal for ice dance at the 2010 Vancouver Olympic Games, and repeating 8 years later in Pyeongchang.

They were also the youngest, and the first team to win a gold medal at their first Olympic Games. In addition to their 5 Olympic medals, they have won four World Championships (three senior and one junior), three Four Continents Championships, eight Canadian Championships (seven senior and one junior), and six Skate Canada International titles. Additionally, they currently hold world records for highest score in original and short dance, as well as combined total score.

They represented their country as Canada’s flag bearers for the Opening Ceremonies of the 2018 Winter Olympic Games.

Did you know? Scott and Tessa began skating together at the ages of nine and seven!

An Evening with Scott and Tessa