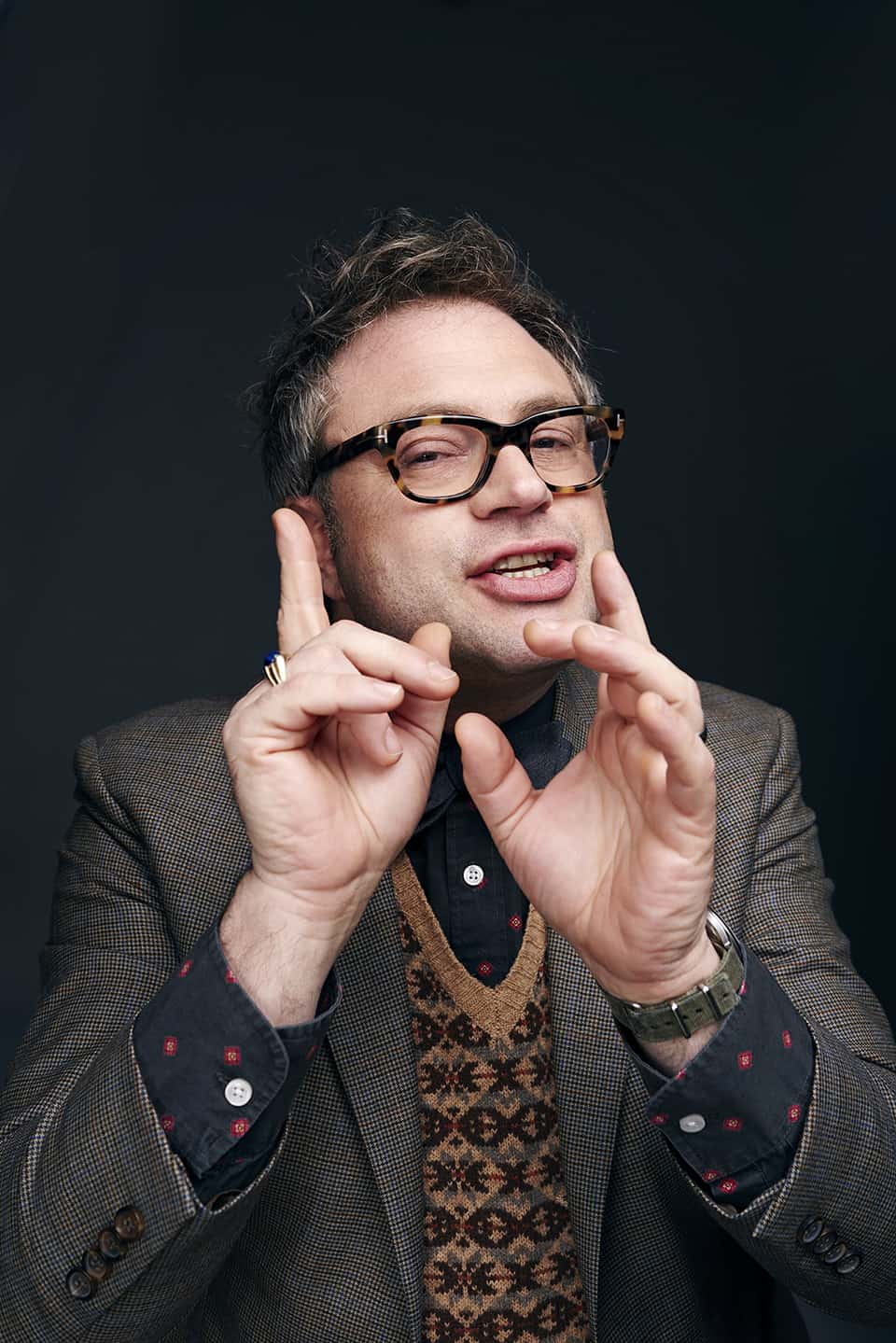 Steven Page’s evolving artistic path now has him blazing a solo trail, where he continues to take chances and catch the public’s attention with a variety of new projects. The fruits of this journey have borne four Stratford Shakespeare Festival scores, and two solo albums: A Singer Must Die (with The Art of Time Ensemble) and Page One, his first true solo debut. Described as “Absolutely Brilliant”, “Page One…. is the most distilled expression of Steven Page”. Steven was nominated for a Genie Award for his song “A Different Sort of Solitude” featured in the film French Immersion and a 2-song EP with that track as well as “Manchild” a co-write with Steven Page’s good friend, duo partner and frequent collaborator, Craig Northey (The Odds), was released in 2012.

In the summer of 2013, Steven traveled across North America shooting The Illegal Eater, a TV series that explores the world of underground eateries and pop up diners.  Steven Page hosted the show, wrote the theme song and contributed original music.

From there, Steven Page continued on his musical journey, touring as a solo artist with the support of his new bandmates – multi-instrumentalists Bryden, Jay and Jesse Baird (Feist’s long-time backing band), Kevin Fox and Karen Graves.  You can expect that any Steven Page show will feature his powerful and distinctive tenor, his trademark wit, new songs as well as selections from the Barenaked Ladies songbook that we all know and love.

In his funny and self-deprecating keynotes he offers insightful tips on how to feel better, live well, express ourselves every day, and how music helps to heal us. Through moving anecdotes, Page shares his creative processes, how it helped him through his issues. Page talks about overcoming embarrassment, and learning to appreciate, love, and harness his voice. Late in the talk, he picks up an acoustic guitar and starts to strum, reminding us why he’s counted among Canada’s premiere musicians.

Page first came out about his mental health struggles in 2011, when he guest hosted an episode of the CBC Radio current affairs show The Current. Since then, he has been an outspoken advocate for more mental health awareness, and to help decrease the stigma around mental illness. Page encourages others to share their stories and seek help; “When we educate everyone about the truths and myths of mental health, we can open up dialogue, and get down to the business of promoting good mental health.”