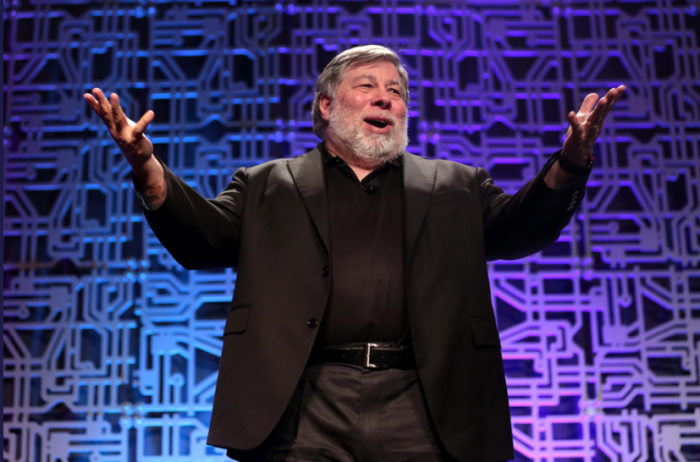 Considered by most to be the real “brains” behind Apple, Steve Wozniak is not just a first class engineer with three decades of world-famous credentials; he’s also a really nice guy. Personally invested in making the world a better place on a global and local level, Wozniak is striving to make technology functionally and financially accessible.

This is more than just a design spec; this is about real life. A Silicon Valley icon and philanthropist, Steve Wozniak first made his mark in the 1970s with his design of Apple’s first line of products, the Apple I and II. His role in shaping the computing industry just cannot be overestimated: he’s the engineer/inventor/fifth-grade teacher/philanthropist and irrepressible prankster who is changing our world even at this very moment.

For his achievements at Apple, he was awarded the National Medal of Technology by the President, the highest honor bestowed America’s leading innovators, and was inducted into the Inventors Hall of Fame. He also won the prestigious Heinz Award, for Technology, Economy and Employment for “single-handedly designing the first personal computer and for then redirecting his lifelong passion for mathematics and electronics toward lighting the fires of excitement for education in grade school students and their teachers.”

Wozniak has “adopted” the Los Gatos School District, providing students and teachers with hands-on teaching and donations of state-of-the-art technology equipment. He’s also founded the Electronic Frontier Foundation, and was the founding sponsor of the Tech Museum and Children’s Discovery Museum of San Jose.

In unrelated news, Steve was portrayed by Seth Rogen in the film “Steve Jobs”

Steve Wozniak’s quintessential appearances are in the “chat” format; 60 minute dialogues between Woz, a moderator, and the assembled audience.  The chat format offers event hosts tremendous control over the content of the appearance and allows for a more unique and highly interactive experience for the audience.  Questions asked of Woz during the chat can be based on one or a combination of his core topics, including the founding of Apple, innovation and creativity, entrepreneurship, education, and the future of technology.