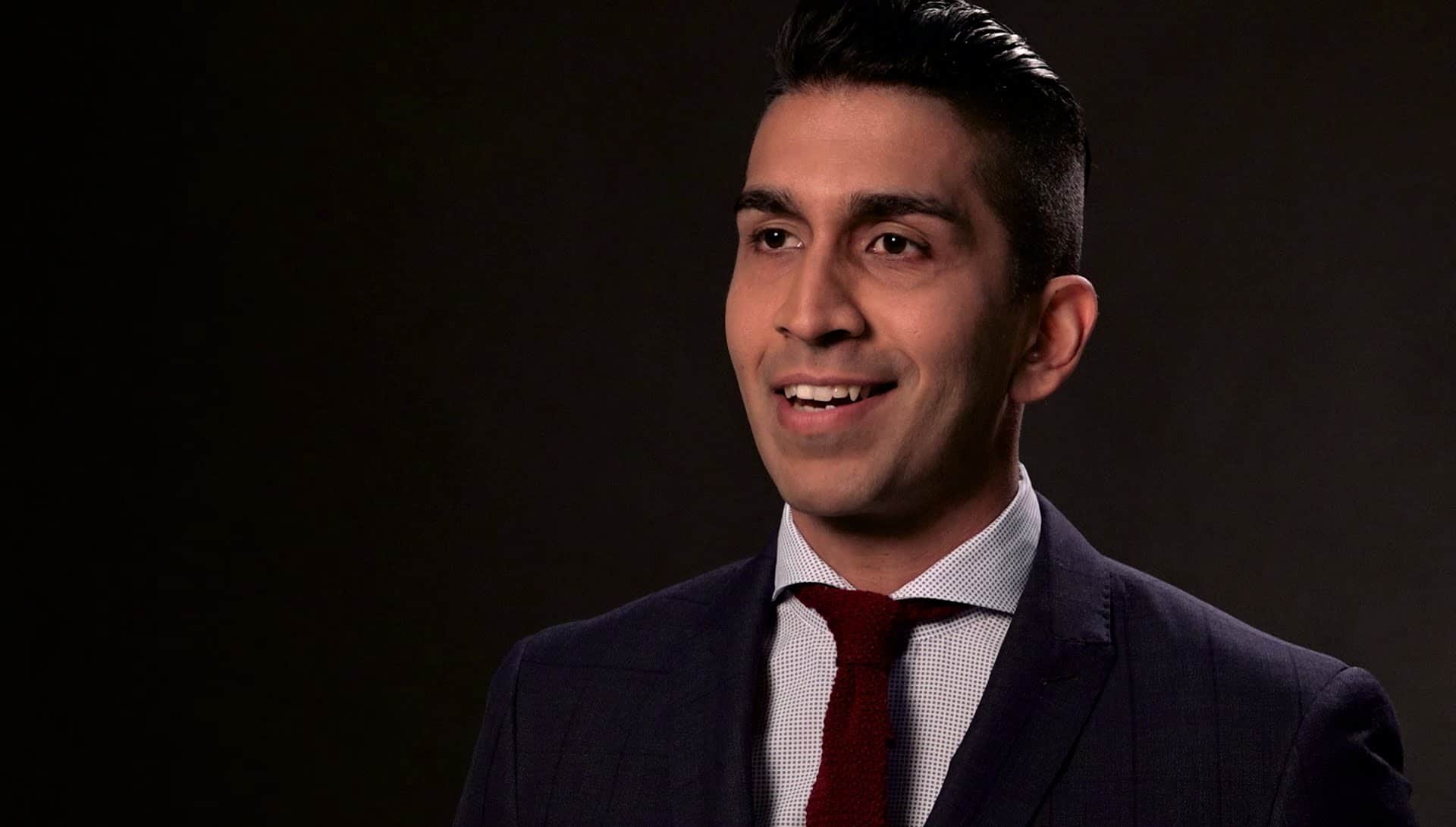 Nabil Karim joined TSN at the end of 2011, leaving CBC, where he had hosted Hockey Night in Canada Online and acted as sports anchor for CBC News. Since then, he has become a mainstay on TSN’s Sportscentre as both anchor and reporter. Karim is also a reporter for NHL on TSN and an occasional host for NBA on TSN.

He has covered a number of major sporting events including the 2013 World Juniors in Ufa, Russia, the 2012 UEFA European Football Championship, the 2011 Stanley Cup Final and the 2011 Rogers Cup Men’s Tennis Final. In addition to anchoring AHL coverage, the Vancouver-native has also hosted the 2010 FIFA World Cup South Africa Post-Game Show and the 2010 Commonwealth Games.

A quick riser in the sports reporting industry, Karim enjoys connecting with youth and students, motivating and encouraging them to set goals (a regular life practice) and pursue their dreams.

In unrelated new, Nabil is a generational talent when it comes diaper changing. He’s mastered the talent since his two year old son “conveniently” seems to need a change when dad is suited up and ready for work.

Nabil discusses his experience in taking a path that wasn’t “the sure thing.” He started university with a major in Criminology, only to switch to Broadcasting, and in his community and even his household– that didn’t go over so well. Nabil feared the unknown, but knew that if he didn’t make the leap, he’d regret it for the rest of his life. Nabil gives examples of the sacrifices he made, the hard work he put in (a lot of grunt work), and the jobs he took until he got his big break in Toronto.

Nabil has been in the Broadcast Industry now for 10 years. He began in Prince George, BC, working his ass off doing anything and everything for little to no pay. After other often frustration jobs in the industry, he reached CBC in Toronto, where he witnessed the drastic changes it went through first hand. Now he’s been at TSN for over 5 years. The landscape even at Canada’s Sports Network has changed. Nabil can bring a wide array of experience, knowledge and insight on the path the industry is moving in going forward.

He did it the old school way. When Nabil was making his decision to swap from a safe field like Law to Broadcasting, he did his homework. He went to over 30 informational interviews with successful people in the industry to gain insight on how they were able to get to their respective positions. From there, Nabil wrote down 5 goals on a piece of paper (the last of which said: I would have to be in a large market in a 5-year window, or I’d go back to school and finish my law degree). He kept that piece of paper in his wallet for years. Goal setting was crucial to Nabil’s career development and it’s a practice he recommends to any person striving to achieve their dreams and aspirations.