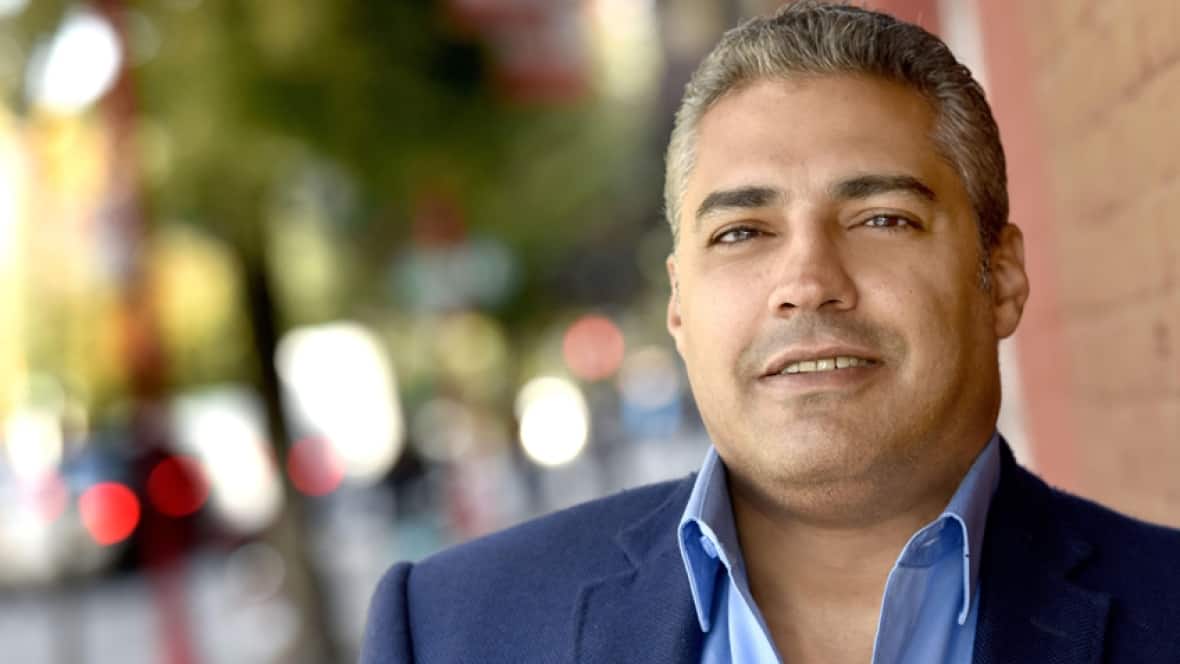 Mohamed Fahmy is an award-winning Egyptian-Canadian journalist and author. He spent most of his career covering conflict zones and some of the most definitive global events that shape our world today. During his multi-decade career, he has reported for the Los Angeles Times, the New York Times, Dubai TV, Al Hurra and CNN. In addition, he spent two years working for the International Red Cross.

His most recent post as the Egypt Bureau Chief of Al Jazeera International captured world attention when he was arrested in December 2013. He was incarcerated for over 400 days —including a month in solitary—alongside ISIS terrorists and some of the most hardened Jihadists in the Middle East in Egypt’s maximum-security prisons.

The Egyptian government charged Fahmy with conspiring with the Muslim Brotherhood and fabricating news to serve the fundamentalist group’s agenda. Since then, Egypt has faced an international outcry from groups ranging from human rights and press freedom organizations to the United Nations, the European Union and President Barack Obama.

In September 2015, Fahmy was pardoned by the Egyptian Government.

He returned home to Canada in October of 2015, signing a contract with both The University of British Columbia and the University of Michigan to begin his path of reflection on this life-changing experience.

In 2016, he released ‘The Marriott Cell’ which went on to become a bestseller in Canada.

In unrelated news, rumour has it that Bourne Ultimatum Director Paul Greengrass may direct a film adaptation of Mohamed’s book ‘The Marriott Cell’.

My Story: The Trial of Mohamed Fahmy

It has been dubbed “the trial of the century.” From his arrest, incarceration, two show trials and eventual release, hear everything from Mohamed Fahmy himself.

Listen to how renowned international journalist Mohamed Fahmy, despite adverse conditions including a permanent arm injury he suffered while in solitary confinement, kept his head held high and focused on winning his freedom through over 400 days of imprisonment on false grounds.

Through the efforts of his attorney Amal Clooney, the global social media campaign, and the hundreds of thousands of people around the world who advocated and fought for his release, Mohamed eventually was able to return home to Canada. It was not an easy path home; in this talk, hear the full truth about his fight for freedom, and the case that became an international cause célèbre.

A Reporter’s Notebook: Why Journalists Need Protection Now More Than Ever

Egypt’s arrest of Mohamed Fahmy and his two colleagues is symptomatic of a growing trend where journalists are used as pawns in a geopolitical game and forced to fight for their personal freedom and for the freedom of speech that underpins the integrity of their profession.

In this talk, using his experience as a former Red Cross employee, journalist and political prisoner, Fahmy focuses on the current unprecedented global clampdown on the press in the context of anecdotes from his own ordeal. In addition, he will incorporate and explain the nature of the advocacy he applies in his newly founded non-governmental organization in Canada, the Fahmy Foundation, that advocates for journalists worldwide who are caught in the clampdown.

We Can Do Better: Canada’s Record on Human Rights and Civil Liberties

In a constructive critique, Mohamed Fahmy intends to address what Canada can do to strengthen its diplomatic presence and advocacy for Canadian citizens abroad in a rapidly changing world. Based on his own experiences with the Canadian government, Fahmy offers his perspectives on how to improve Canada’s often diplomatically shackled approach to assisting innocent Canadians who could be caught up in situations similar to his or worse.

Fahmy suffered first hand from the use of the “war on terror” as an excuse to clampdown on civil liberties. He intends to share his insights on the current situation of global terrorism while building on his first hand experience with Jihadists whom he interviewed in prison and on his own personal reporting in Iraq, Syria, Libya, Egypt among other troubled hotspots.

Historically, on the world stage Canada has developed a reputation for supporting and advancing human rights. But Fahmy’s story also focuses on recent government legislation, like Bill C-51, which he believes threatens basic civil liberties.

Media in the Age of Terror: How the War on Terror Became a War on Journalism

Mohamed Fahmy discusses the “Media Trial of the Century” and his incredible ordeal. He explains what it takes to survive solitary confinement and imprisonment with hardened extremists, being isolated from home and family—and offers unparalleled insights into the motivations of insurgents. He explains how press freedoms and ethics are threatened by states and endangered by media organizations. And he speaks of the role NGOs and human rights advocates play for journalists and prisoners of conscience.

He writes and speaks about the rise of ISIS in Iraq and Syria and the Arab revolutions and fall of Arab dictators as a witness from the frontlines—drawing on the success and shortcomings of Western foreign policies in the Middle East.

His unique knowledge as a Canadian-Egyptian, coupled with years of experience as a journalist, human rights advocate, and political prisoner engrossed in the politics of the Middle East and bearing witness to its evolution, means he provides his audience with a perspective rarely presented in western mainstream media. Fahmy does not stop at analyzing the politics of the Middle East, which left him a pawn in a geopolitical rift between heads of states.

In his quest to turn his imprisonment into an achievement rather an impediment he speaks about his quest to improve consular services provided to Canadians imprisoned abroad or risking arrest. He is currently working with civil society groups in Canada on developing and introducing a bill to parliament in hopes of enshrining a law that obligates the Canadian government to intervene when one of its own is jailed abroad.