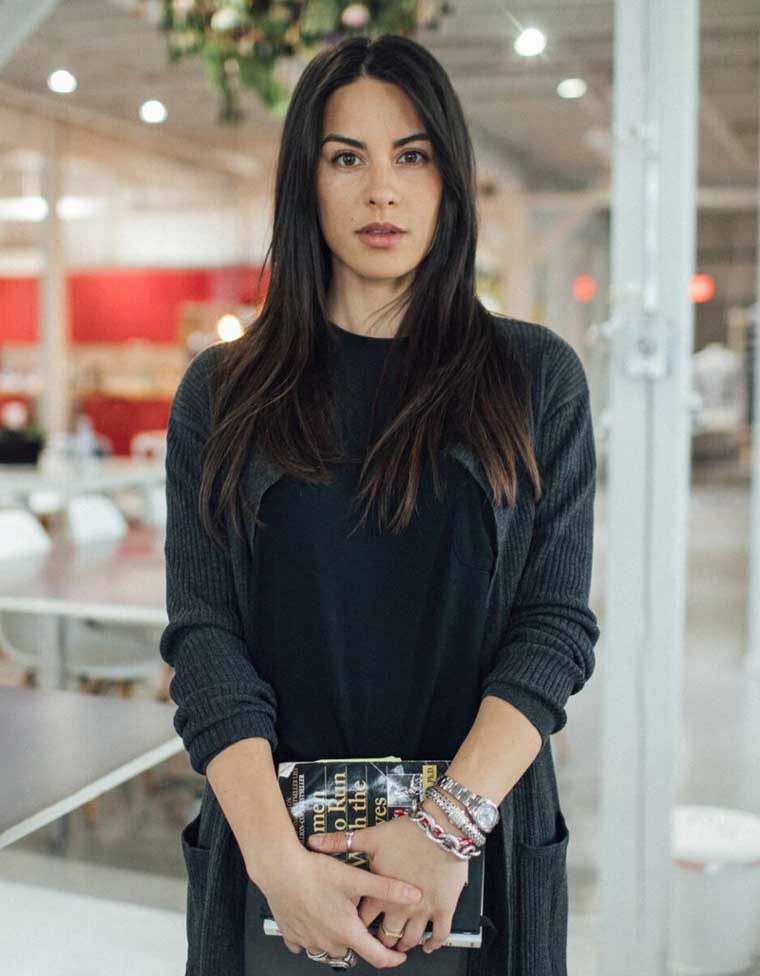 Devon Brooks is an evoker. She defined a new market category in co-founding, Blo. Blo is the world’s first and largest franchise chain of Blow Dry Bars. Born from her second-year university project, Blo has over 100 locations across multiple countries.  The company has collaborated with international mega-brands like Mattel, Topshop and Goop.

PROFIT Magazine named her 1 of the 30 most fabulous entrepreneurs in Canada. Devon was also the youngest-ever mentor to join Futurpreneur- the North’s foremost youth mentorship program and continues to sit on their advisory board.

In 2018, Devon launched her coaching and mentorship program, Sphere. Backed by the leadership of companies like Lululemon and Headspace, Sphere was built to help people grow.

Besides all these successful endeavours, Devon is also an advocate supporting women against violence.  Currently, she is a strategic advisor to WAVAWW Rape Crisis Center in Vancouver, BC. Devon herself was a victim of abuse. She was assaulted in two unrelated incidents at age 18 and age 21.

Right after launching Blo, she went through the ensuing judicial process that eventually led to two guilty pleas. Shortly after, Devon was diagnosed with PTSD, Depression and Anxiety. Still, she soars. Her trade secrets? A stockpile of grit and gratitude.

Devon’s served up belly-laugh inducing, heart-pouring sermons on platforms all around the world. She’s been on the stages of TEDx and Pecha Kucha, and she opened for Dragon Kevin O’Leary. She can always be counted on for deep courage — and a fierce reality check.

In unrelated news, Devon started her own online publication called Babe Rally in 2017.

Devon’s the secret sauce to livingly intrepidly? Discomfort! Discomfort is the key to helping yourself, your business, and your relationships. The fact is the fear of discomfort is one of the greatest barriers to entry as it relates to developing as a communicator. Ultimately, what we are going to talk about, we must be prepared to feel. Without learning how to face these hard truths, we cannot elevate our relationships, advance our careers, achieve our dreams, or help ourselves. Both how you share and how you listen to influence the outcome of everything you do. How would your life change if you woke up every day with a commitment to communicating virtuously? One thing’s for sure – it ain’t always gonna be comfy.

Only for the courageous!

Devon Brooks sparks a new way of thinking about, and understanding, victimhood.

All around the world, when we experience trauma, we are told not to let what happened to us define us. ‘You. are. not. your. story’. Popular beliefs surrounding victimhood are limiting, and perpetuate a culture of self-consciousness, scarcity and powerlessness, instead of self-awareness and emotional richness. Statistics of violent crime point to a painful truth: in every workplace, school, neighbourhood, and family – there are survivors of rape, assault and abuse. It is time to rebrand victimhood and cultivate a shared dialogue that is grounded in the reality of what life is like post-trauma. Both for survivors, and the people who love them. A dialogue for humanity.