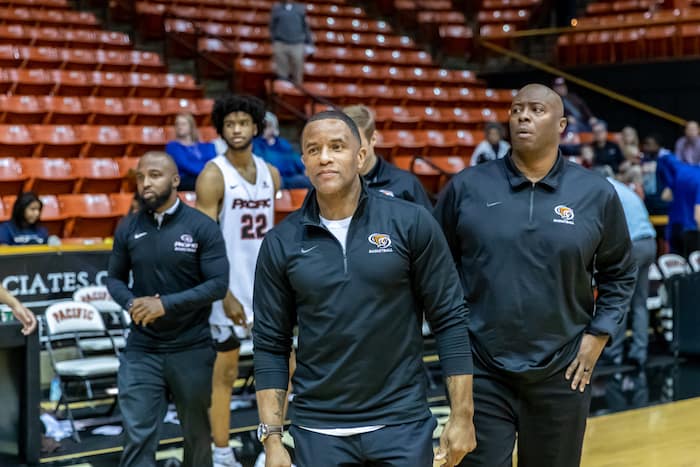 Damon Stoudamire has proved people wrong his entire life. Prior to his career in pro basketball, the point guard was told he was “too short to play professionally.” In the 1995 NBA Draft, Damon was selected as the seventh overall draft pick by the Toronto Raptors. Following a successful first season in the NBA, he was named Rookie of the Year in 1996. Damon would later play for the Portland Trail Blazers during one of the team’s most successful periods. In his career, he averaged 13.4 points and 6.1 assists per game.

The Portland-native was raised by his single mother with the help of loving uncles, who fueled his “hoop dreams.” Their dedication to Damon’s success allowed him to become a sought-after player in high school and a revered player in university. After he graduated from university, Damon continued to set records in the NBA. He held the record for the most triple-doubles with the Toronto Raptors, which was later broken by Kyle Lowry.

For his stellar career and contributions to basketball, Damon was inducted into the Oregon Sports Hall of Fame. After retiring from the NBA, Damon made the successful – but not typical – transition from player to coach. His coaching career commenced at the University of Memphis, where he served as an assistant coach. He later moved to coach Arizona, Rice and the NBA’s Memphis Grizzlies.

In 2016, Damon was offered a major career opportunity to take on the role of head coach for the University of Pacific Men’s Basketball team where he completed the 2020 season named the West Coast Conference’s Coach Of The Year.

Damon is the father of two teenage boys who both play basketball.

Over the course of his career as an NBA player and as head coach of the University of the Pacific men’s basketball team, Damon has proven his track record as a remarkable leader. In his talk, he shares the role of authenticity in leadership and how you can embrace this style of leadership.

How do you keep your company ahead of current and future competition? Damon Stoudamire’s insights on adaptability, differentiation, and leadership from the court and his many business ventures, help business leaders, sales teams and product developers understand their competitive edge. To any company striving to develop a competitive advantage and thrive in the future, this talk is a must.

Through memorable stories on and off the basketball court, Damon shares crucial insights on collaboration and cooperation that enable shared success. Damon explores how building relationships within your team can create bigger opportunities for yourself and others. Teamwork truly makes the dream work.