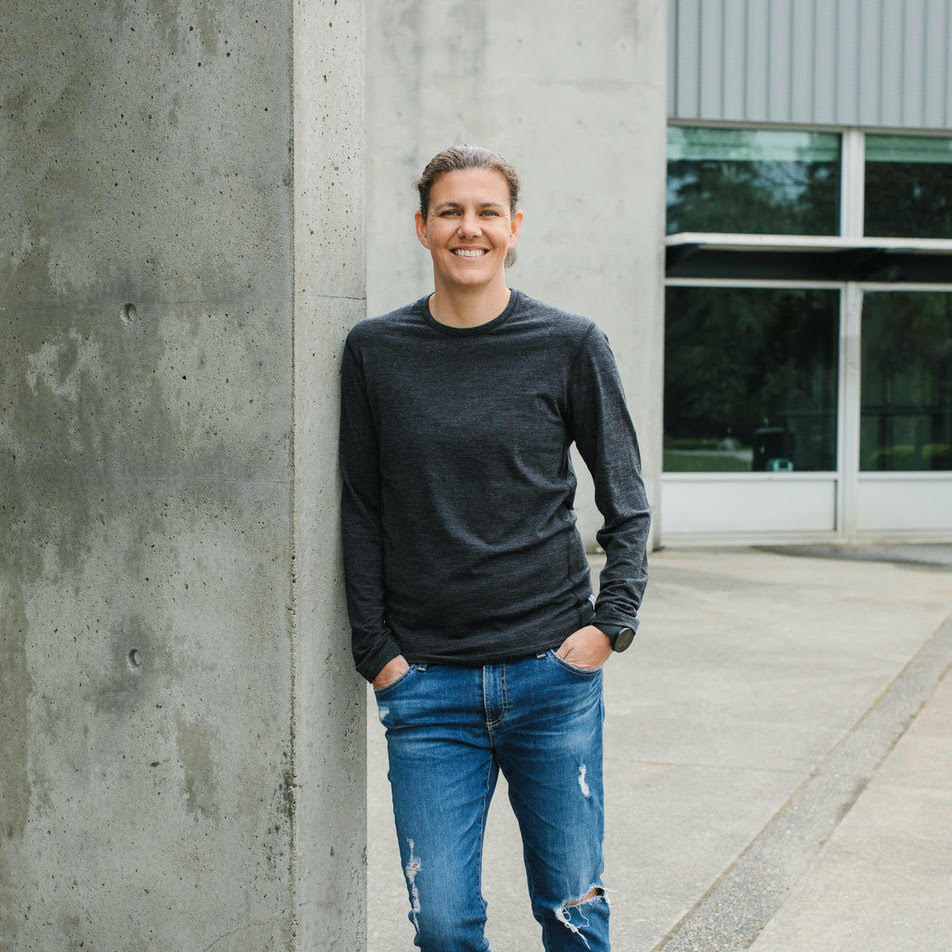 Christine Sinclair scored her first international goal competing in the 2000 Algarve Cup. Going on to score more than 185 since then, Sinclair became the all-time leading scorer in the history of international soccer in January 2020. She was her team’s leading scorer at the 2012 London Olympics, a feat that earned her the honor of Canada’s closing ceremony flag bearer.

Christine’s been named Canadian Female Soccer Player of the Year 14 times, nominated seven times for FIFA Women’s World Player of the Year, and won a Gold Medal at the 2020 Tokyo Olympics, adding to a pair of Olympic Bronze Medals captured in 2012 and 2016.

Christine has been appointed an Officer of the Order of Canada and a full list of her honors, including those earned during her collegiate career with the University of Portland Pilots, would fill pages. Sinclair, “Sinc” or “Sincy” to her teammates, is known for her grit and humble character as much as her exceptional talent. In 2011 she broke her nose in Canada’s opening match of the Women’s World Cup, refused treatment, and played the rest of the tournament wearing a face mask.

Off the soccer pitch, Christine is an ambassador for the MS Society of Canada and a vocal advocate for gender equality.

Christine recounts her incredible story of humble beginnings in Burnaby, BC, developing a love and passion for the game of soccer. Her commitment to excellence, hard work, dedication and ability to not let adversity get to her led to unbelievable successes as both a member of the Portland Thorns and Captain of the Canadian National Women’s Soccer Team.

Invite Christine to join your audience in a fun and inspiring moderated Q&A session. Reach out to our team for more information.