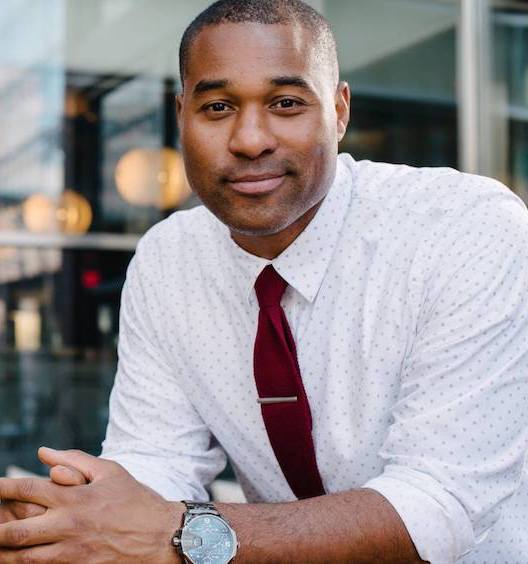 One of Canada’s Most Revered Sports Interviewers and Correspondents

Cabral Richards, better known as “Cabbie”, has brought a fresh approach to the world of sports reporting.  A Ryerson RTA graduate, Richards found his calling in front of the camera. He interned at The Score in 2001, where he pitched his own show – Cabbie on the Street. The show transformed from a set of five-minute interviews to a popular half-hour weekly segment.

His “in-your-face” interviews with some of the world’s elite athletes have gained him fame across North America. From an ongoing “friendship” saga with Kobe to dressing room “insiders” with NHLers, Cabbie has built quite the rep.

Cabbie hosted and produced Cabbie Presents, a weekly segment on TSN’s Sportscentre- Canada’s highest-rated special channel. Eventually, he produced a Cabbie Presents: The Podcast, where he interviewed a variety of sports stars and celebrities. Additionally, Cabbie acted as a special correspondent for The Marilyn Dennis Show on CTV. In this role, Cabbie offered a male perspective on issues, and hit the streets of Toronto to talk to everyday Canadians.

In 2019, it was announced that Cabbie would be leaving TSN to join a weekly show at Bleacher Report Betting. Hosting alongside Kelly Stewart, you can catch Cabbie on Sunday mornings live on the B/R app.

Cabbie is flexible to your needs! He can share his story on taking a different spin on traditional journalism. Alternatively, he’s able to host functions, games and sporting events, all the while giving the most in depth inside look at all our favourite sports stars.

Cabbie has been a part of successful corporate partnerships with many clients. Some of these clients include: VISA, Advil, Subway, Audible and Amazon. His brand activation package includes a combination of video production, social media posting and event appearances.

Throughout his broadcasting career, Cabbie has interviewed a slate of big-name athletes from Michael Jordan to Shaun White. He is comfortable in front of any audience. Cabbie will go above and beyond in customizing a specific program to ensure your event runs smoothly.