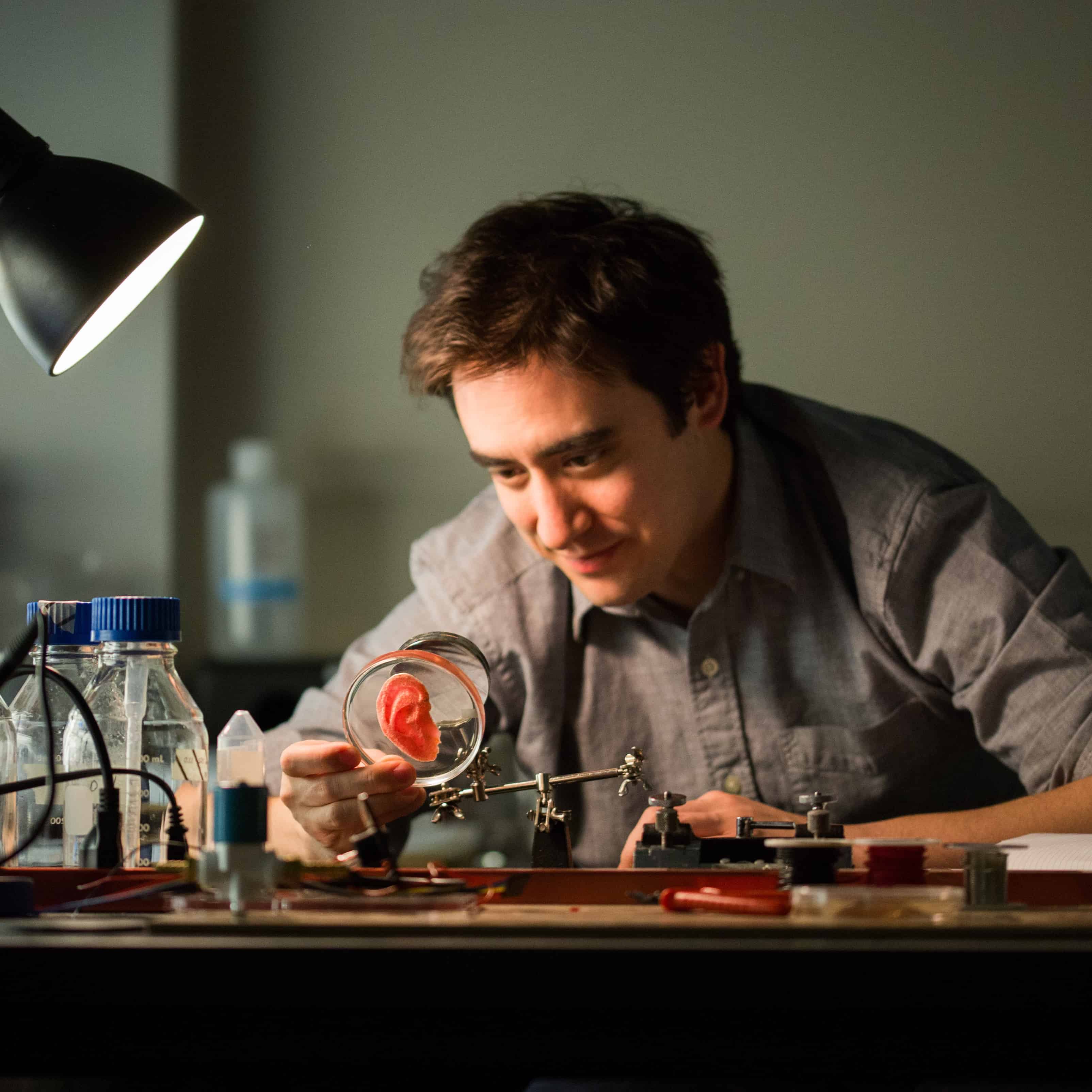 Andrew Pelling has built a career on unapologetic curiosity, creativity and serendipity. Andrew is a professor and Canada Research Chair at the University of Ottawa. There, he founded and directs a curiosity-driven research lab that brings together artists, scientists, social scientists and engineers. The lab uses low-cost, open-source materials and methods to explore speculative living technologies of the future.  In the lab, Andrew has created human body parts made from plants, and grown living skins on LEGOS. These are innovations with the potential to replace prohibitively expensive commercial biomaterials.

Additionally, Pelling is the co-founder and CTO of Spiderwort Inc. – a mission-driven company developing open-source platforms to enable the widespread and global adoption of biological research in all environments and economic contexts. Most recently, he also founded pHacktory, a street-level research lab in Ottawa. pHacktory amplifies community ideas through a potent mixture of craft, serendipity and curiosity.

Pelling’s work has been in the international media spotlight for many years. It’s been recognized in outlets such as Wired, Huffington Post, NPR, Scientific American, Popular Science, BBC, Der Spiegel, Deutsche Welle and others. Pelling’s work has also seen numerous highlights in the Canadian media and Scientific media.

In unrelated news, Andrew once helped build a contraption that could deliver “real” hugs all over the world through tweets.

Innovation in the Workplace

Andrew’s lab consists of engineers, scientists, and artists united by creativity and curiosity. He frequently challenges his team to “play,” allowing them the freedom to explore new possibilities and grow a proactive and innovative mindset. He speaks on the importance of maintaining a work environment that emphasizes creativity more than regularity, and the advantages of cultivating a team of interdisciplinary individuals rather than choosing from a pool of identically qualified contenders. Andrew’s unique approach to the work environment demands a revising of convention and structure in order to craft real innovation.

TED Fellow Andrew Pelling is a biohacker, and nature is his hardware. His favourite materials are the simplest ones (and oftentimes he finds them in the garbage). Building on the cellulose structure that gives an apple its shape, he “grows” lifelike human ears, pioneering a process that might someday be used to repair body parts safely and cheaply. Andrew shows you and your audience how to use formulas, like the scientific method to find creative solutions.

Internet of Human – The Future of Healthcare

The convergence of new technologies, our hyper-connected society and artificial intelligence is beginning to force major disruptions in how we deliver, receive and understand human healthcare. Even more profound are the ways these same forces are creating surprising new possibilities for us to hack our own bodies – everything from the design of our own tissues to the transplanting our own microbiomes and even the creation of new human senses. Listen as Andrew Pelling takes you into the future possibilities of healthcare.