National Emoji Day: The History of the Emoji 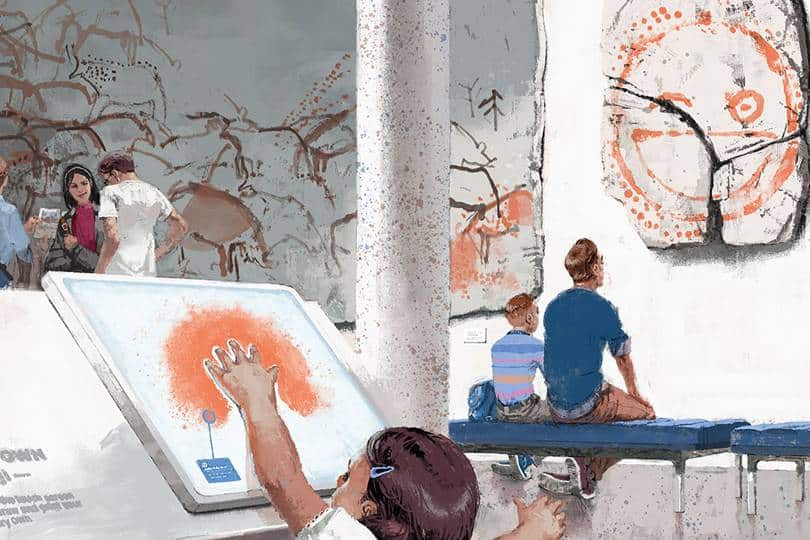 17 Jul National Emoji Day: The History of the Emoji

Posted at 15:34h in Uncategorized by Admin User

Have you ever wondered where the emoji came from? We sure have!

From cave walls to keyboards: ’emoji’ were first used 200,000 years ago

“What is an emoji? We often think of these cute little characters as a way to add a graphic element to a tweet or Facebook post, but these simple images are powerful symbols. Emoji are, in fact, compact characters that, because of their visual nature, can communicate an amazing amount of information, such as the subtleties of human emotion.

It’s not just emoji: we use this type of graphic communication constantly in our daily lives – everything from a stop sign to the Christian cross – all are methods for conveying information (sometimes quite complex) using simple abstract shapes. The reason this works is that, as a society, we have created agreed upon meanings for these symbols. So when we see one, we instantly know how to interpret it, without even thinking.

And we certainly can’t forget about symbolic systems such as the written word or computer coding. You could make a pretty good argument that the making of graphic marks underpins the foundation of modern society. But what people don’t often think about is how long ago this practice was invented, or that if you go back far enough, you will reach a point in our prehistory where this ability did not yet exist. This time is known as the Paleolithic, or Stone Age.

The Paleolithic was a time of great innovation on many fronts – new tools, new technologies, new territories and, of course, a new species, Homo sapiens, that appeared for the first time on the African landscape about 200,000 years ago. And although these distant ancestors were similar to us in terms of physical appearance and brain size, what we don’t know is when they started thinking like us. Because when it comes to brains, it’s not just the size; it’s also the wiring. In this case, the wiring that allowed the development of cognitive abilities such as abstract thought and imagination. But how do you study something soft like the brain that doesn’t survive long in the archaeological record? The answer is indirectly, through abstract activities such as the creation of art.

Associated with the first arrival of modern humans in Europe and dating to between about 10,000 and 40,000 years ago, the (Ice Age) cave art of Paleolithic Europe is some of the oldest in the world. This art is probably best known from sites such as Chauvet in France, with its masterful black horse and rhino paintings, or Altamira in Spain, with its famous ceiling of bison.

These painted and engraved animal images account for the majority of figurative art (works that look like something from the real world), along with a smaller number of human representations. And then there are a large number of non-figurative (abstract) images, known as geometric signs. These include everything from dots and lines to circles and triangles. At many sites these signs outnumber the animals and humans – and yet they have not received the same amount of attention as their figurative counterparts.1

This is now starting to change, and the results are intriguing. As described in my book, The First Signs, the most startling discovery is how few types of these signs there are. Barring a handful of one-offs, there are 32 main geometric signs used throughout the late Paleolithic in Europe.2

Considering this spans 30,000 years of prehistory and an entire continent, it’s a very low number. And they’re not all being used in the same way – each sign has a distinctive pattern of use – making it unlikely that these were doodles or random decorations. For example, negative hands (those that were stencilled as opposed to having paint applied on them) appear at fewer than 20 percent of sites and they are at their most popular in the early part of that time period – between 20,000 and 40,000 years ago – before fading out of use towards the end of the Ice Age…(READ FULL ARTICLE HERE)