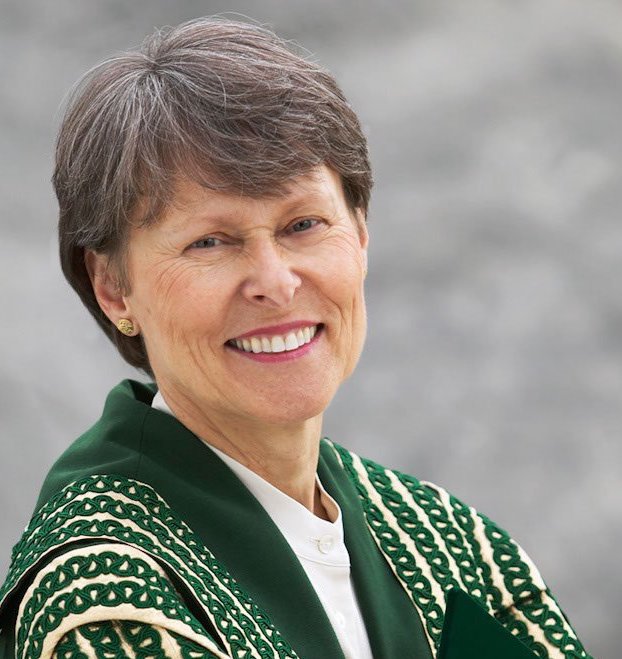 The world’s first neurologist in space, Dr. Roberta Bondar is globally recognized for her pioneering contributions to space medicine research, fine art photography and environmental education. Aboard the Space Shuttle Discovery mission STS-42 in 1992, she conducted experiments for 18 countries in the first  International Microgravity Laboratory, a precursor to the International Space Station.

Trained as a member of NASA’s Earth Observation Team, Dr. Bondar expanded her professional photographic expertise as an honours student in Professional Nature  Photography. Her fine art photographic works are held in private, corporate and institutional collections in Canada, the U.S. and England. She is the author of four best-selling books featuring her writing and photography.

Dr.Bondar continues to use fine art photography to explore and reveal Earth’s natural environment from the surface, seeing the world through the creative lenses of a medical doctor, scientist, photographer, astronaut and writer. As a Principal  Investigator with NASA in her current project Protecting Space for Birds, Dr. Bondar is integrating three views of migratory bird corridors in the Americas and Asia Europe-Africa—space, surface and aerial—to give us insight into the habitats needed by and to protect endangered and threatened birds.

Dr. Bondar’s distinctions are diverse and include Companion of the Order of  Canada, the Order of Ontario, the NASA Space Medal, induction into the Canadian  Medical Hall of Fame and into the International Women’s Forum’s Hall of Fame, 28  honorary doctorates from Canadian and American Universities, Chancellor of Trent  University 2003-2009, a Specially Elected Fellow of the Royal Society of Canada, an  Honorary Fellow and Honorary Vice-president of the Royal Canadian Geographical  Society, and her own star on Canada’s Walk of Fame.

“To fly in space is to see the reality of Earth, alone. The experience changed my life and my attitude toward life itself. I am one of the lucky ones.”

In a world of extremes, a leader’s vision must be bold yet within reach of fellow team members. Sharing a vision is more than setting out objectives and goals for other to follow. If there is no overlap of interest or passion by everyone, a vision will be blind to fulfilling its potential. By definition, a leader knows about leadership but a successful leader understands followership. Experience offers each of us an opportunity to learn from another person’s life lessons which combine the richness of education with the insight of critical thinking. By linking this resource to respect for a shared vision, a strong team will be focused on success.

Successful businesses anticipate and respond rapidly to a world in constant flux where human relations are keys to effective change. As professional flexibility reflects personal adaptability, valued team members know when to lead, when to follow and when to stay the course. They embrace culture challenges as positive influences on both their continued professional and personal development.

Never a Distance too Great: Bridges for Life

It is not enough just to advocate a vision: you must realize it. The gap between a dream and reality is bridged with interest and insight, skill and determination, focus and discipline. Because of their timeless value, these bridges also give us the flexibility that we will need in the future to cope with inevitable change. Dynamic bridges of the human mind can be virtual or real, but they must be agile. They form the link between other worlds, ideas and relationships.