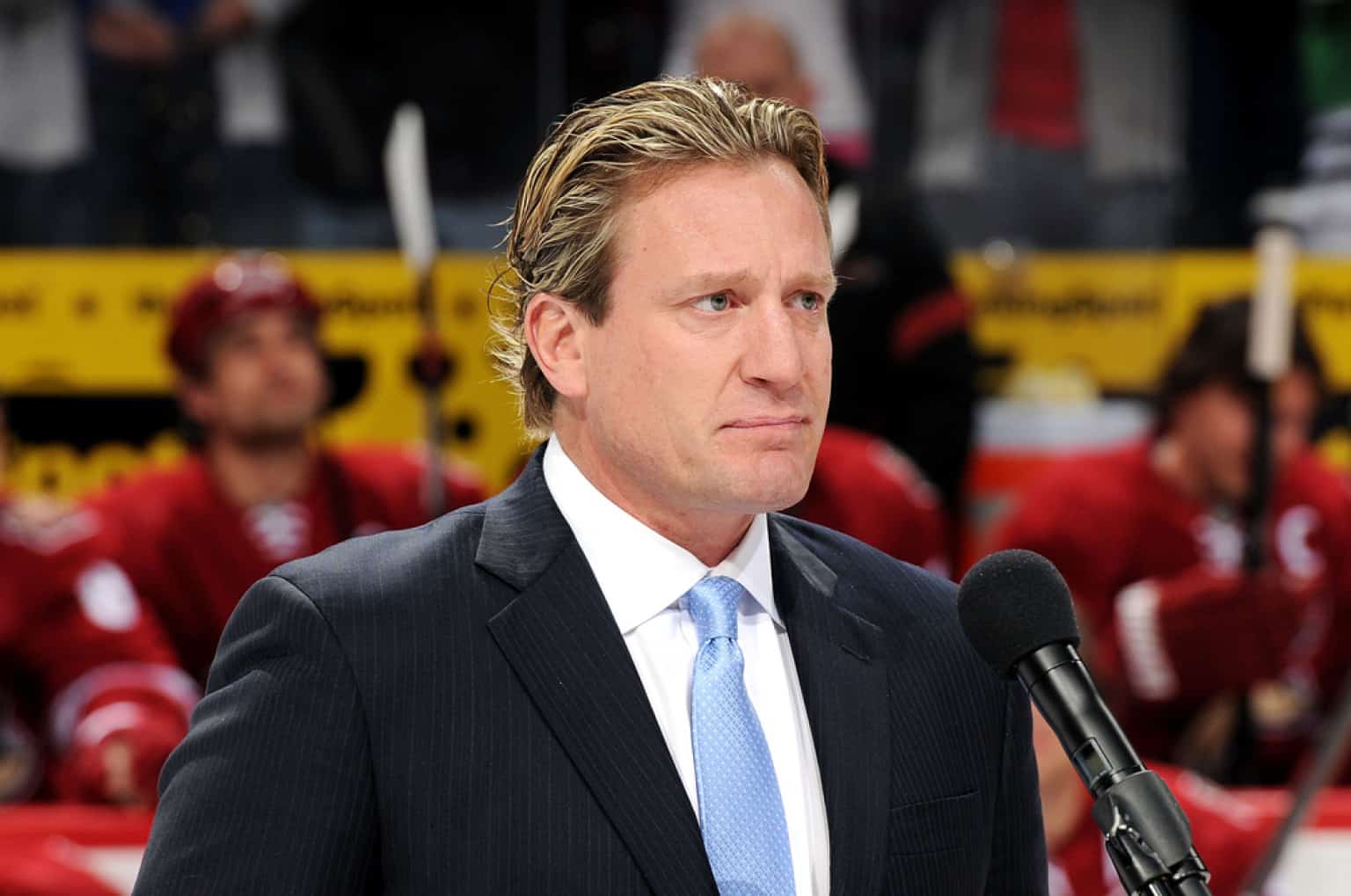 Jeremy “J.R.” Roenick was born January 17, 1970, and is a former American National Hockey League player. He was drafted eighth overall in the NHL Entry Draft in 1988 by the Chicago Blackhawks. He played for the Chicago Blackhawks, Phoenix Coyotes, Philadelphia Flyers, Los Angeles Kings, and the San Jose Sharks over the course of his 20 year NHL season career. On November 10, 2007, he became the third American-born player to score 500 Goals.

On August 6, 2009, Roenick announced his retirement from the National Hockey League. Roenick finished his career having scored 513 goals with 703 assists in 1,363 games, for a total of 1,216 points.

Jeremy is famously noted as one of the most colorful personalities on and off the ice, and undeniably the most fan friendly star the NHL has ever produced. Charitable work has always been a big part of Jeremy’s life, traveling North America supporting many causes helping to raise money and awareness.

Jeremy is currently enjoying a new career as an analyst for NBC Sports.  His career as an analyst kicked off working for NBC ‘s network coverage of the 2010 Winter Olympics  where he acted as the counterpart for Mike Milbury.  Jeremy’s successful coverage during the Winter Games led to NBC offering him a contract to join the network full-time.

Jeremy and his wife Tracy split their time between Scottsdale, Arizona and Southern California with their children Brandi and Brett. Jeremy is an avid scratch golfer, spending a lot of time on the course with Brett. Jeremy is very proud husband and father on the horse show circuit where both Tracy and Brandi are accomplished equestrians.

In unrelated news, Jeremy was referenced in the cult classic film ‘Swingers.’

An Evening With Jeremy

Jeremy is available to act as a host, emcee, or moderator at your next event. Comfortable on stage at a business function or a gala, his natural charisma and stories from the NHL will bring joy and excitement to any engagement.