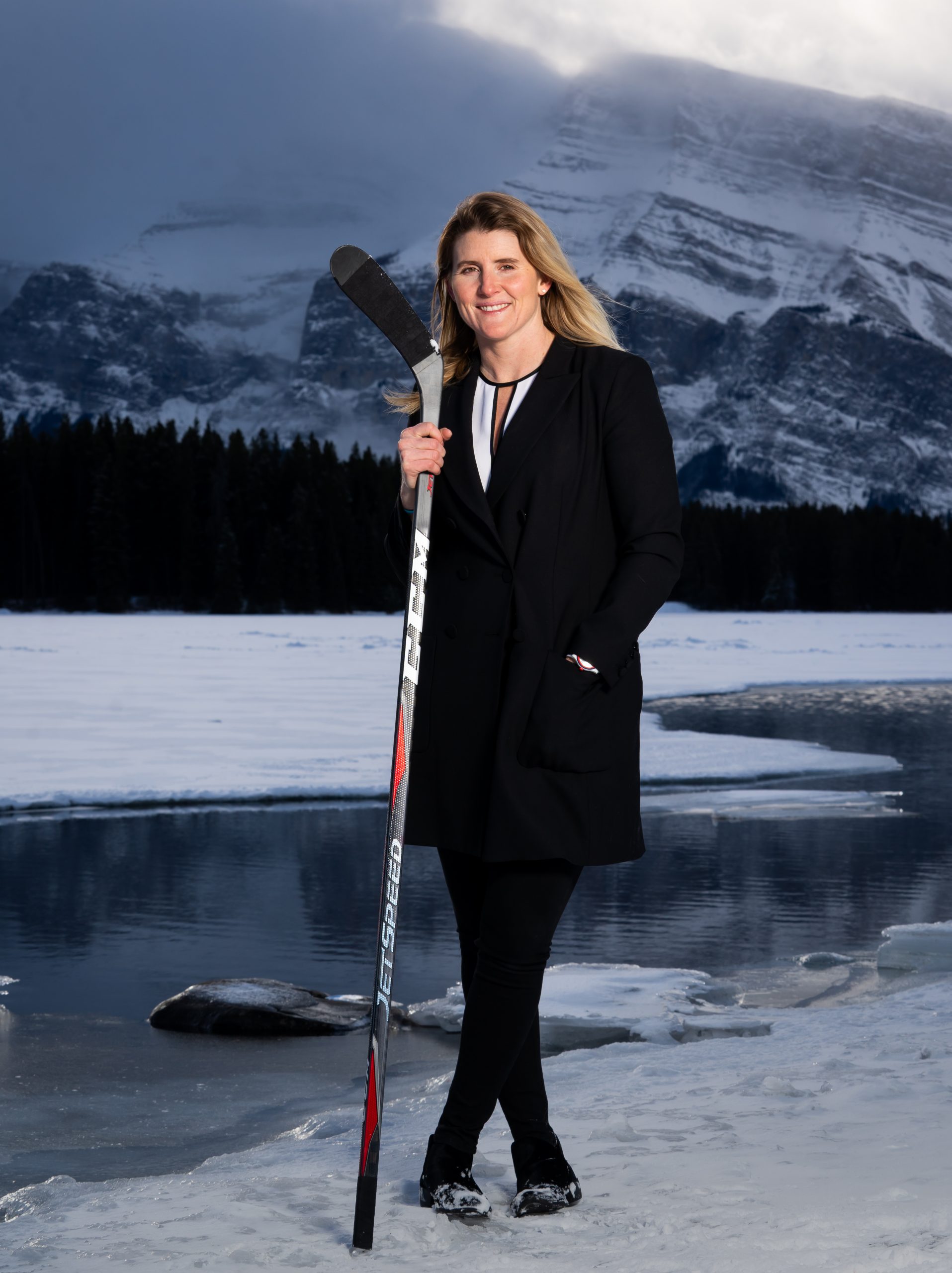 Four-time Olympic Gold medalist, Hayley Wickenheiser is regarded as one of the best female hockey players in the world with an uncompromised determination and dedication to her sport. However, it’s not just her lethal slapshot that is respected by her teammates, fans and peers; Hayley is also a community leader, mentor, history-maker and accomplished businesswoman.

It all started in Shaunavon, Saskatchewan, when at fifteen years old Hayley was chosen for the Canadian Women’s National Team. She has since led the squad to six gold and one silver medal at the Women’s World Hockey Championships. As an Olympian, she earned a silver medal at the 1998 Winter Olympics and four Olympic gold medals in 2002, 2006, 2010 and most recently at the Sochi 2014 Winter Olympics. Accompanying all that hardware, Hayley was also named the tournament’s most valuable player in the 2002 and 2006 victorious Olympic runs as well as in numerous Esso Women’s Hockey Championships.

Named Sports Illustrated Top 20 “Toughest Athletes in the World” in 2008, Hayley Wickenheiser has proven herself an elite athlete time and time again. She is also a two-time finalist for the Women’s Sports Foundation Team Athlete of The Year and was recently named, for the second time, among the Globe and Mail’s “Power 50” influencers in sport. Most recently, QMI Agency name Hayley among the top 10 “Greatest Female Athletes in the History of Sports.”

In the fall of 2011, Hayley was bestowed one the country’s highest civilian honours when she was appointed among 50 notable Canadians to the Order of Canada “for her achievements as an athlete and for her contributions to the growth of women’s hockey.”

Putting her BSc from the University of Calgary to good use, Hayley has led numerous projects with the goal of raising the profile of women’s hockey around the world. She is constantly working to provide mentoring opportunities for young athletes including her legacy project, the Wickenheiser International Women’s Hockey Festival.

In 2013, Hayley graduated from the University of Calgary with a BSc in Kinesiology. Her next ambition is to attend medical school and become a doctor. On top of everything else, Hayley is a proud mom to son, Noah.

Being a Female In a Male Dominated World

Wickenheiser explains what it was like to grow up playing with the boys and later playing men’s professional hockey overseas.

What does a successful team need and how did Team Canada succeed on the World Stage? In this talk, Hayley recaps some of the best teams she captained and their memories on the Olympic stage.

Change as a Path to Greatness

Wickenheiser shares with her audience the importance of always look for improvements or opportunities for change within your life. Using her experience as a player, captain and mom, she recaps the tools which have helped her find so much success.