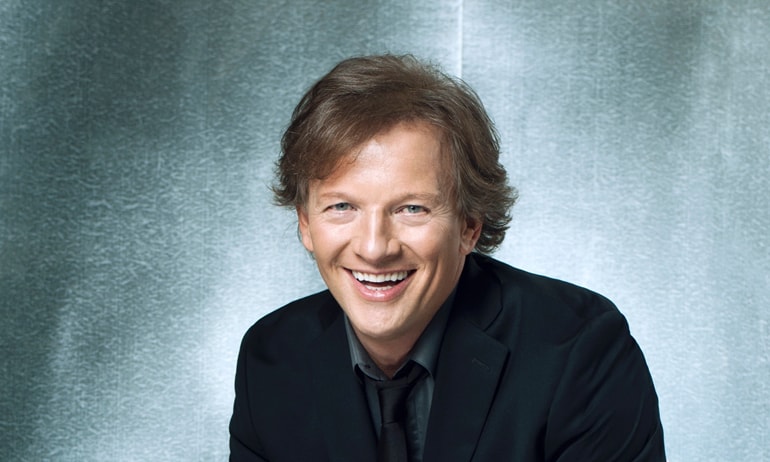 Performed In Front of 5 Million People

André-Philippe Gagnon was just a young hopeful when he did his very first impressions… at five years old! From Josh Groban to Tracy Chapman, Louis Armstrong, James Brown, The Rat Pack and Elton John – almost better than the original! One of the biggest breaks came in 1985 when he appeared at the world-renowned comedy Festival Just for Laughs in Montreal. After that show, he was invited to appear on the Tonight Show with Johnny Carson, where he performed a « signature song », his version of the famine-relief anthem We Are the World, impersonating with accuracy every artist in the song. The world discovered him, and he discovered the world – performing in Los Angeles, Paris, Switzerland and beyond.

In 1999, he began the first of two long series’ of shows in Las Vegas Nevada, first at the Casino Venetian, and afterwards at the Casino Paris. The artist was considered THE must see act in Las Vegas. Gagnon became the first Quebec comedian to perform on the famed strip for such extended stints. Soon after his arrival, Gaming Today, (considered the bible of Las Vegas entertainment) elected Gagnon « Best New Comer ».

Full of new ideas, Gagnon spent the summer of 2009 concentrated on creating his brand new show for 2010. Some of the best Canadian comedy writers, including George Reinblatt (Rick Mercer’s Monday Report, Just for Laughs), Gord Holtam and Rick Olsen (Royal Canadian Air Farce) teamed up with Gagnon and Stéphane Laporte. Moreover, MOMENT FACTORY, the multimedia firm behind the last Nine Inch Nails tour, jumped on board to help him generate his most personal show ever, a combination of technology and creativity! Gagnon combines music, comedy, and multimedia interaction, as he borrows the voices of the global artists from all eras to showcase what is, in his opinion, the musical history of the last sixty years.

In high demand worldwide, the artist divides his time between tours and private functions at the request of organizations and multinational companies around the globe. André-Philippe Gagnon is a definite must see.

“I very, very seldom sing with my own voice. It’s too boring.”

Gagnon borrows the famous voices of vocalists from around the world to showcase what is, in his opinion, the musical history of the last sixty years. He brings together artists who have never appeared on the same stage before – everyone from Elvis, Barry White, Guns N’ Roses, Justin Timberlake and even Susan Boyle – creating a true parade of hits.