Posted at 07:30h in Uncategorized by Admin User

It’s been 10 years since we witnessed some of the greatest moments in Canada’s sports history at the Vancouver 2010 Olympic Games.

Canada had hosted the Olympics twice before- the 1976 Summer Games in Montreal and the 1988 Winter Olympics in Calgary. At both games, Canadian athletes failed to produce a gold medal on Canadian soil. Vancouver 2010 was a new opportunity, a new start. But, Vancouver’s Olympics did not start in the most ideal way.

On this day 10 years ago, before the Opening Ceremony, Georgian luger Nodar Kumaritashvili was killed on the track. He had lost control of his sled on a training run and hit a steel pole. After the accident, the luge track – the fastest in the world- had been altered to prevent any further injury.

Canada was going into the ceremony with heavy hearts.

Despite the rough start, there was a sense of pride and excitement still filling the streets of Vancouver. As Bruce Dewar writes, “We saw the city and province come alive in ways few of us could ever have imagined.” This was something special and everyone knew.

With the pressure of a country on their backs, the Canadian athletes came to play. Alexandre Bilodeau started the gold rush winning Canada’s first-ever Olympic Gold Medal on home soil. Many, many medals followed. Hayley Wickenheiser, Meghan Mikkelson and the Women’s National Hockey team brought home a gold. Canada’s favourite non-couple, Tessa and Scott, won their first gold in Ice Dance (spoiler: many followed after). We also can’t forget the one and only, Jon Montgomery, and his iconic beer walk!

Although, arguably, there is no memory greater than an entire country coming alive after Sidney Crosby’s Golden Goal. I mean, if you weren’t celebrating, were you living under a rock? 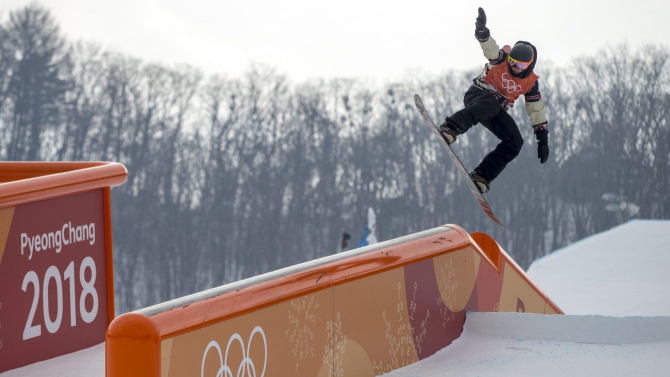 Now, ten years later, the Olympics are far gone, but the red gloves (if you know, you know) live on. Many of our athletes have gone on to win more gold medals, broke unreal records or have unfortunately retired. Since then, a new group of fine athletes (like Mark McMorris, pictured left) have hit the Olympic stages, making Canada proud. They’re continuing the legacy, the spark that was lit in 2010.