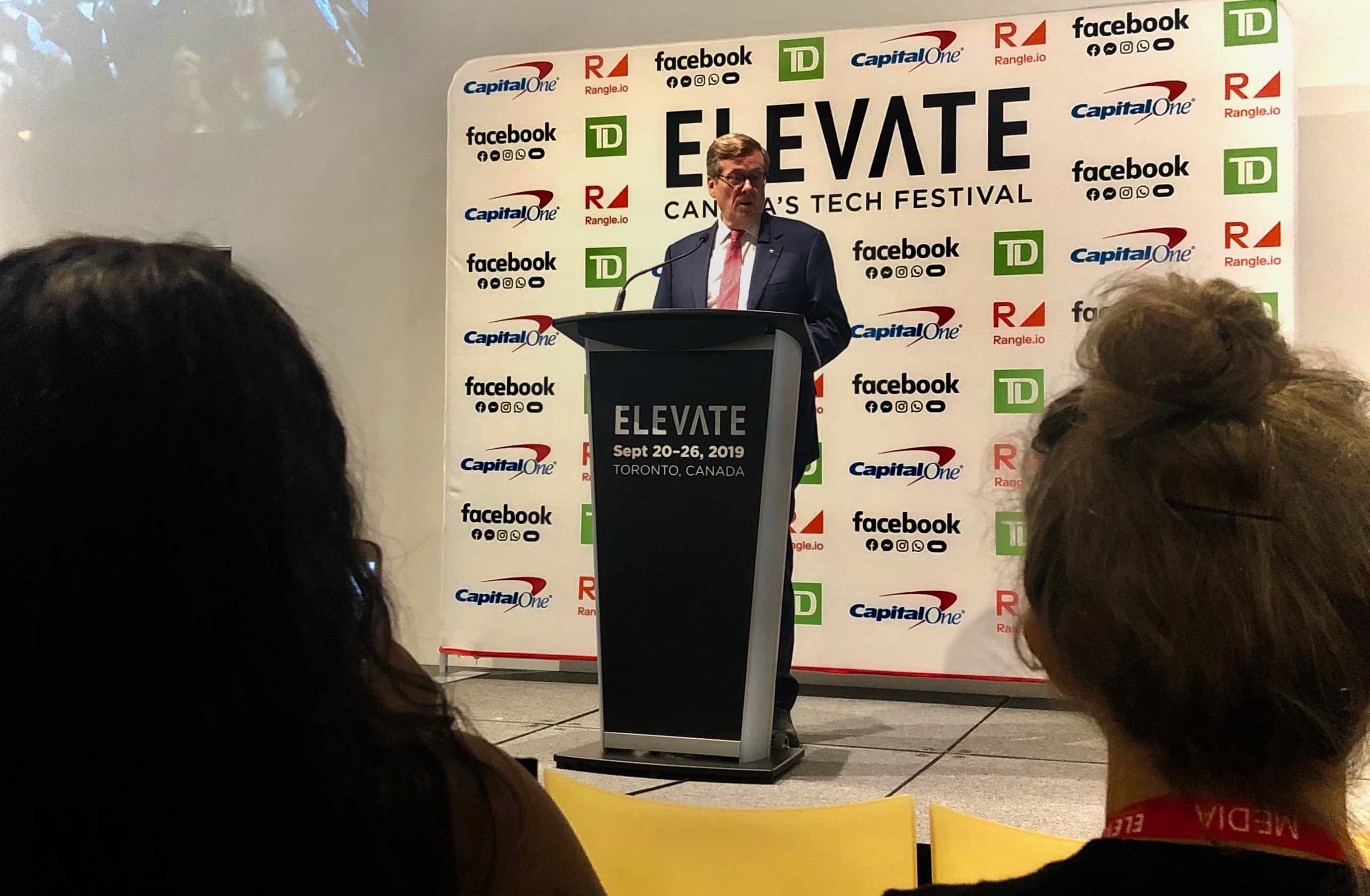 Posted at 19:19h in Uncategorized by Admin User

Michelle Obama announced as the headliner of Elevate 2019

Straight off her sold-out global book tour, Michelle Obama will be gracing us with her presence on the 24th of September, as she takes to the stage at the Sony Centre. Representing the two large themes of this year’s conference: moonshots + diversity, Michelle Obama is an ideal pick to headline Elevate.

This year’s main theme -moonshots, focuses on being in the moment of greatness. To complement the theme, Canadian astronaut Chris Hadfield has been elected as the keynote speaker and co-chair.

Over the last year, Elevate has become the fastest-growing tech conference in the world. An estimated 20,000+ guests will be attending the various Elevate events in 300+ Toronto venues.

CEO, Razor Suleman, and Toronto Mayor, John Tory, highlighted the importance of Toronto’s involvement in tech movements. Additionally, Tory took the time to mention the ever-growing and emerging entertainment industry in Toronto. Similarly, tech and film landscapes are growing in the city. He and his government are working to find a way to contribute to showing diversity in the tech and film industries.

In addition to moonshots, diversity is also a key theme of this year’s conference. Toronto is a multicultural hub that shines internationally as one of the most diverse cities in the world. Senior Director of Operations of Elevate, Lisa Zarzeczny, made an excellent point when discussing the tactic behind organizing this year’s roster of speakers to showcase the theme.

She had stated that Elevate kept in mind the audience that they want to bring into the conference. Many minority groups are not represented in tech, and Elevate will reach out to minority communities in Toronto to ensure they have the ability to attend.

Correspondingly, Elevate also worked to ensure that they would present a diverse speaker roster. Zarzeczny said that representation is key. It is important to showcase a diverse group. Including speakers of different races, genders, ages, etc., will allow Elevate to better connect to their audience.

Talent Bureau has had the honour of working with Elevate since it’s first conference. We were very lucky to have been able to join them for their special speaker announcement today!

We are excited to see and hear all the speakers at Elevate.

On that note, we present to you “10 Speakers to Watch” at this year’s conference:

Sophia Amoruso is the founder of the retailer, NastyGal, and the “og” girl boss.  In 2016, Forbes named her one of the richest self-made women in the world. Best known for her podcast, Girlboss, Amoruso will be doing a live, on-stage podcast at Elevate.

Jen Rubio is the co-founder, President and CEO luxury luggage and travel brand, Away. Rubio had also served as the Head of Social Media at Warby Parker and was the global director of innovation for AllSaints. In 2018, she was named Entrepreneur of the Year by Ernst and Young.

Chris Hadfield is a retired Canadian astronaut and the co-chair of this year’s Elevate fest. Arguably the most famous astronaut since Neil Armstong, Hadfield had become an international sensation with his cover of Bowie’s “Space Oddity”- which was filmed in space. 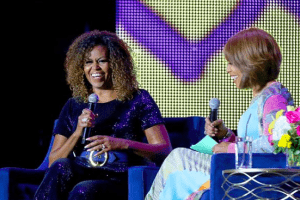 Michelle Obama is the former First Lady of the United States of America. She is an inspiration to women across the globe. An activist for women, Obama launched and led “Let Girls Learn,” a program to aid adolescent girls around the globe receive an education. Additionally, Obama is involved in national initiatives including Let’s Move! and Joining Forces.

Todd McKinnon is the CEO and co-founder of Okta, a publically traded identity and access management company. Under McKinnon’s leadership, Okta became the leading independent provider of identity for the enterprise.

Anjali Sud is the CEO of Vimeo. She leads a global team of over 500 individuals! Prior to her role as CEO, Sud acted as the General Manager and Head of Marketing at Vimeo. As the Head of Marketing, she oversaw the growth of over 90 million members on the video-sharing platform.  She had been one of Fortune’s 40 under 40.

Akon is the Chairman and Co-Founder of the new cryptocurrency, Akoin. This artist-turned-entrepreneur has also become a visionary changemaker. His project, Akon Lighting Africa, has brought solar power to 18 countries in Africa.

Shahrzad Rafati is the founder and CEO of

BroadbandTV Corp. BroadbandTV is a digital media and tech company that operates the largest multi-platform network in the world. BC Business has named BroadbandTV the Most Innovative Company in British Columbia. Rafati was also appointed by PM Justin Trudeau to Represent Canada on the G20 Business Women Leaders Task force.

Neil Blumenthal is best known as the co-founder and co-CEO of Warby Parker. Warby Parker changed the landscape of designer eyewear making it affordable and attainable. Warby Parker also leads the way for socially conscious businesses. In 2015, Fast Company had declared Warby Parker as the most innovative company on the globe. Blumenthal was also named a Young Global Leader by the World Economic Forum.

Click HERE to see the full roster at Elevate. Wake us up when September starts!